Skip to main content
Holiday Clearence SALE! Some Items May Not Return. 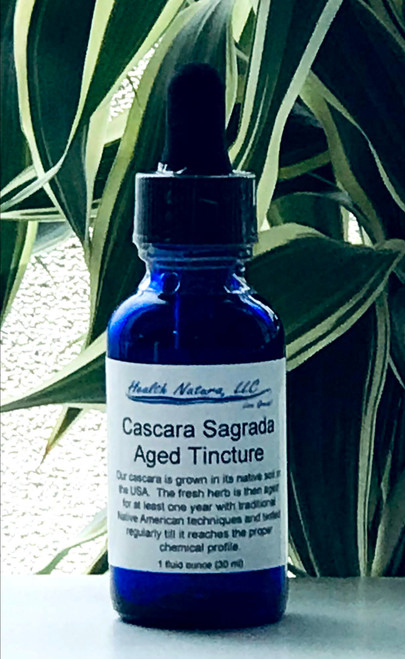 This is the 1oz tincture version of our popular Aged Cascara Sagrada powder.

Cascara Sagrada is known for its natural digestive regularity benefits. Properly aged Cascara is much less harsh than other Cascara products. Cascara sagrada is never to be used fresh and must be aged for at least a year to break down its anthrone chemicals. (The Cascara offered by Health Natura is aged) If the bark is not aged, it is a purgative and will cause intense intestinal spasms and vomiting. The herb can be chemically processed or heating but some useful constituents may be lost and the end product is harsher than naturally aged Cascara. In recent times, it has been used as an ingredient in sunscreen products, as well as a flavoring agent in foods such as candy, frozen dairy desserts, and baked goods.

I originally started carrying this upon the request of several Ray Peat protocol users. We went through several sources and finally settled on this one based on their positive feedback.

Suggested Use:
Start low and build up as needed.
1 drop 1-2 times daily as needed. May increase dose as tolerated.
Loose stool and diarrhea are the most common side effects and are directly related to the dose and nature of this product.
Cascara is generally not considered appropriate for daily long-term use.
Use within 1 year of opening.
Do not refrigerate after opening.